Search thru my Labels 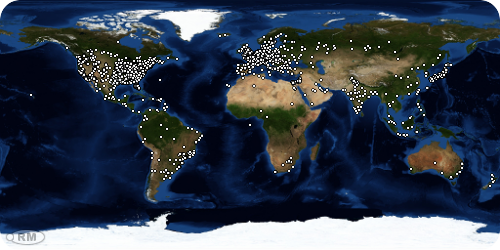 How was your Thanksgiving holiday? I hope you
all had a great one! We spent it with my in-laws
and they met my new son-in-law, who was very
nervous about meeting them...lol
Just a few days ago, my daughter announced that
she is expecting her second child! Yup, with us, its
always a holiday when things happen! All of our
birthdays are on holidays or on my mom's birthday.
So yea, we will be having an additon to our family
in 2009...wow!...2009! Seems strange to type that..lol

So I know you guys were wondering what was going
on with me these past months. Well, where do I start?

Ah, yes...life...well, I have to let you know that I have
severe depression and anxiety. I have had it for many
years now and for 95% of that time I wasnt on any
medication. Why? I didnt even know I had depression.
And it wasnt until I had this "attack" that I found out
what I had. I use to get these small attacks, but they
would just pass and that would be that. But one day
while at work, I felt an attack coming on, but as I
always would do, I would go about what I was doing,
but this time it was different, I blacked out and hit
the floor. When I came to, I was in an ambulance.
After several tests, the doctor told me what I had.

So life went on. But almost 4 months ago, the job I
had went out of business, so there went my coverage,
and as life would have it..my meds ran out at the same
time, so I have been without medication for a few months
and I am ashamed to say that my illness got the best of
me and I just couldnt do things like answer the phone,
read a book or turn the computer on. My husand went
to his doctor and told him what was going on and his doctor
gave him a bunch of samples that he has in his office for me.
I had the same doctor when I had this other insurance, but
when I switched jobs, I had to find another doctor, so thank
heavens he had treated me before. Whether its against
rules or not, this man saved me and for that I cannot
be greatful enough.
Then, as things go...just as I am feeling better...my
Verizon TV, phone and internet went out, due to
someone hitting a pole and knocking all of us out
and it was so bad that it took them about a week
to get it up and running again.
Talk about Murphy's Law!.........LOL
So anyways, I thank you all for hanging in there
with me..I can never say Thank you enough to
all of you. You all have been so kind and understanding
with me.

So onto what all this for...(you!)
By the way...4Shared has a "widget" where you can
download files from a particular folder, so where my
clock was (by the fishies above) you will see a small
box containg the links..ok?
But I will still put the links under the preview
pic : )
Here's the preview pic:
(click on pic for larger previewing) 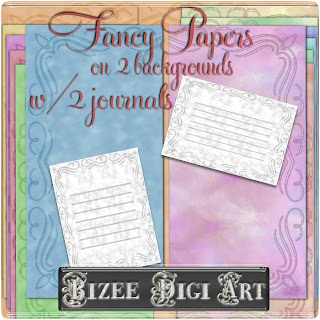 I have a few more things for ya, I will post them
all this week...have a great day!

Email ThisBlogThis!Share to TwitterShare to FacebookShare to Pinterest
Labels: Freebies

Thank you. Very pretty. and glad you are back.

Glad you are back Bizee! I have the depression, anxiety and panic disorder too! The only cure is to face them head on!

Thanks for coming in and starting your freebies again! They are lovely and I know it is good therapy for you!

OMG girl if I was there I'd give you a good swift kick in the BUTT!!!!!!!
Its nothing to be ashamed about!!!!!!!!!!!!!!!
I know what you mean about the insurance bit when my Sweety died I was covered for a couple of years than had to purchase insurance & with the cost I just couldn't keep it up so now I have NO medical insurance for the last couple of years!!!
I just keep praying that I dont get real sick!!!
My Dad was do breathing treatments but refuses to do them so the DR discontinued them & Thank God he was using Albuterol for it & instead of returning them for credit my Mom gave them to me since its what I used for mine for my Asthma!!!!!!!
Will keep you in my prayers!!!!!!!!!
HUGS!!!!!!!!!!!!!!!!!

Dotty, I LOVE THESE PAPERS! Thanks so much for sharing. Sorry to hear of your problems, but it's nothing to be ashamed about. Glad to have you back doing the things you love to do. Can't wait to make some cards with these papers. I'll be in touch soon. Take care. BIG HUGS!!

I am happy you are back, but feel so sorry for all that you are going through, I pray that you will get the help you need and you are included in my prayers. Thank you also for the wonderful papers. Blessings to you and your family.

Great song from a great artist!! You will know it when you play it ! (Click green arrow)

To link to my blog from your page

Beautiful PS resources can be found here, she has alot of brushes, styles etc that are pretty different than what you normally find on these types of blogs. She also has a great list of other resources from other designers, you just have to go & check it out yourself : ) to see what I'm babbling about! http://lizastuff.blogspot.com

To see a LO I have in my gallery at Scrapbookflair CLICK.....HERE

Rate my scraps and where I am listed

Friends and others who have me listed (Thank you..!)